What are wine diamonds? 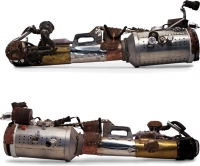 Only every fired once, needed 3 years to charge to full capacity and actually vapourised the shooter instead. 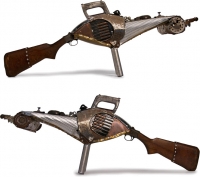 Technical details and concept:
Built 1928
A multi head flamethrower, with capacity to knock over 50 Rabbits in one go.
Limited success – it has since been converted into a glorified cigarette lighter.

Technical details and concept:
Built 1932
A gassing device to try and get the little varmints while in their burrows.
Never used and seized by the police after 3 neighbours were inadvertently gassed while visiting one day.

Please confirm you are over 18 to enter this site.

(sorry but it's the law)